Three Ways to Save a Marriage with Kindness

Three Ways to Save a Marriage with Kindness

By: Sandra Ahten and Kevin Elliott

Why is it important to show kindness? Meeting your partner’s emotional needs is the highest indicator of potential marital success.

1. Recognize every interaction as a bid for emotional support.
According to an article in The Atlantic, “John Gottman (researcher and author) can predict with up to 94 percent certainty whether couples — straight or gay, rich or poor, childless or not — will break up, be together and unhappy, or together and happy several years later. Much of it comes down to the spirit couples bring to the relationship. Do they bring kindness and generosity; or contempt, criticism, and hostility?”

In the early 1990’s, Gottman set up a lab where he observed and measured interactions between 130 newlyweds. He observed whether they, during the course of normal interactions, “turned toward” each other or “turned away” from each other when they were given a “bid” by their spouse. A bid is any suggestion for interaction. It might be a comment about a song on the radio or an observation about a bird that just flew by the window. The topic may seem totally irrelevant, but in couples that answered this “bid” for emotional connectivity in a positive way as opposed to ignoring or in a negative way, there was a much better chance that they would remain married. Those that were divorced or caught in an unhappy marriage “turned away” from each other 33% of the time in the experiment, six years earlier. Those who were still together had turned toward each other 87% of the time.

2. Stop keeping score.
Whether it is about childcare, cooking, housekeeping, finances or the amount of sex that the couple has, the bottom line of complaints in marriage seem to revolve around unfairness — someone isn’t pulling their weight.

While it’s important to recognize that these topics need to be discussed, remember that you get so much farther if you have a solid foundation of fighting fair, which includes learning how to fight without being mean. Be nice.

You also will be much more forgiving of perceived unfairness if you are getting your emotional needs met from your spouse. You’ll overlook the unfair number of times you get stuck with the dishes if you are feeling satisfied with the love and affection in your relationship. So while the problem will still need to be solved, you’ll be able to hold your tongue until you can discuss it in a productive way. So back to number one — be nice, be kind — and in the meantime, try very hard not to keep score. Try doing the reverse, try not keeping score and just answering every bid that your spouse makes and then observe that he or she will likely start doing the same.

3. Don’t use humor as a weapon.
Early in our relationship, my husband Kevin and I had dinner with a couple that made us so ridiculously uncomfortable with their use of jabbing humor that we skipped desert and practically ran from Olive Garden to get away from them.

We promised ourselves that we would check ourselves completely on the use of humor as an excuse to be mean to one another. I’ll have to admit Kevin is much better at this than I am and it’s sometimes easy for me to think he is being “too sensitive” because I was “only joking”. But then I remember the Olive Garden and think, “Check it and apologize, Sandra.”

But what if your spouse is not nice?

In watching the couple at the Olive Garden, using humor to be mean to each other, it was clear the husband was winning the battle. It was so cutting that it bordered on verbal abuse and I wondered what their life at home was like, and frankly, Kevin and I were both a little worried about her safety. If your spouse is not nice to you or you are not nice to your spouse it’s time to make a change. The fact that sometimes you can cure the ills of a relationship by being nicer to each other, does not mean that you need to take it upon yourself to “be nicer” (or neater, or spend less money or anything else) in order to get someone to stop being mean to you. Get support to keep yourself sane and safe.

However, if there is no abuse going on, but you just feel stuck in a rut of not being particularly kind to each other, ask for help. In therapy you can learn how to communicate to solve the problems of daily living without turning on each other. If your partner won’t go to couples counseling then go alone. A good therapist can help you become a better communicator and also help you understand how to get your emotional needs met, if your spouse isn’t meeting them. 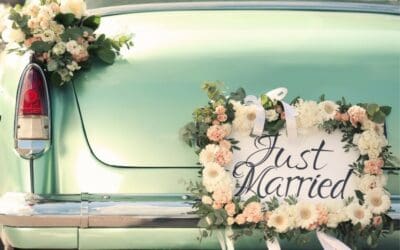 Give Your Baby the Gift of a Lifetime: A Strong Marriage

The greatest gift we can give our child is a strong relationship between the two of us. Nothing is more important.” According to research, within 3 years after giving birth, 2/3 of couples will experience a drop in relationship quality and an increase in conflict.

END_OF_DOCUMENT_TOKEN_TO_BE_REPLACED 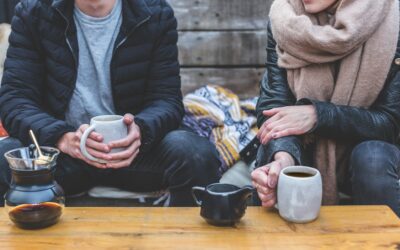 How Marriage Therapy Can Help

We have all heard the statistic that 50% of marriages end up in divorce. Couples find themselves wanting to beat the odds, but many struggle. Couples therapy can help you and your spouse validate and accept each other, gain insight, and learn to manage differences.

END_OF_DOCUMENT_TOKEN_TO_BE_REPLACED 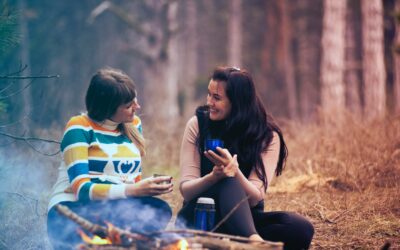 How to Use Reflective Listening to Improve Relationships